Are you proud that you can keep up with your grandkids when walking? If so, that’s a good indication that you have many years still ahead of you. Studies show that past age 65, your walking speed at your natural pace is a surprisingly reliable predictor of survival. Measuring gait speed over a short distance, such as across a room (13 feet or 4 meters) is a useful tool for doctors to set appropriate treatment and care goals for aging individuals.

The Walking Speed That Predicts a Longer Life

A large study looked at the natural gait speed of 34,485 participants age 65 and older from nine previous studies. These studies followed outcomes for 12 years or more, in which time almost half of the participants died. They found a consistent effect of how long people lived and whether they had a faster or slower gait speed:

• Those who walked naturally at 2.2 miles per hour (27:16 minutes per mile or 1.0 meter per second) or faster were likely to live longer than would be predicted by age and sex alone.

• Those who walked naturally at 1.8 miles per hour (33:30 minutes per mile or 0.8 meters per second) were likely to live the average life span for their age and gender.

• Those who walked naturally at 1.3 miles per hour (46:09 minutes per mile or 0.6 meters per second) were at greater risk for early mortality.

• Shorter than expected life spans were seen for those who walked slower and slower speeds.

The study included a large sampling of age, sex, race/ethnicity, and other subgroups and the median survival of all of the participants resembled that of the U.S. adult population at large. They noted that there could be some biases common to studies that recruit healthy volunteers, such as enrolling fewer people with advanced dementia.

The researchers noted that just because a person walks very slowly, it doesn’t mean that they won’t still live a normal or even increased lifespan. That would depend on the individual.

What Determines Your Walking Speed as You Age?

There are many reasons that people walk slower in older age. Walking is a complex activity that is affected by changes to numerous systems of the body. You might naturally think about arthritis affecting your hips and knees as slowing your pace. But you also must have lungs and heart that are in good working order. Your brain and nervous system must function well to send messages to the muscles so they work in a coordinated fashion and to maintain posture and balance as you walk.

You have only to look at tips for walking faster to realize that it takes a baseline of aerobic fitness, strength, and balance to speed up. Your natural walking pace when you aren’t trying to walk faster is likewise affected by your overall health.

Walking very slowly usually also means you are walking less and getting less overall physical activity. Without physical activity, you become deconditioned. This can lead to a downward spiral. You walk and move around less and less and your capability to do so declines. 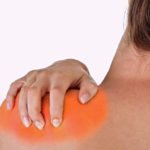 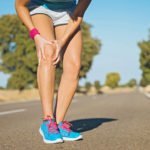 Joint Popping and Cracking: Is It Serious?Uncategorized