By Dorval Physio
Posted November 25, 2016
In Uncategorized
Is There Any Link Between Cellphones and Cancer?2016-11-252018-03-19https://dorvalphysio.ca/wp-content/uploads/2018/03/dorval-physio-in-oakville-logo.pngDorval Physiotherapy in Oakvillehttps://dorvalphysio.ca/wp-content/uploads/2016/11/Cell-Phone-Use-Dorval-Physiotherapy-in-Oakville.jpg200px200px

The primary concern with cellphones and cancer seems to be the development of brain tumors associated with cellphone use. Some research suggests a slight increase in the rate of brain tumors since the 1970s, but cellphones weren’t in use during the 1970s. Instead, the subtle increases are more likely related to other factors — such as increased access to medical care and improvements in diagnostic imaging.

So what have researchers learned about cellphones and cancer? Here’s an overview of various studies:

• In one study that followed more than 420,000 cellphone users over a 20-year period, researchers found no evidence of a link between cellphones and brain tumors.

• Another study found an association between cellphones and cancer of the salivary glands. However, only a small number of study participants had malignant tumors.

• Another study suggested a possible increased risk of glioma — a specific type of brain tumor — for the heaviest cellphone users, but no increase in brain tumor risk overall.

After evaluating several studies on the possibility of a connection between cellphones and glioma and a noncancerous brain tumor known as acoustic neuroma, members of the International Agency for Research on Cancer — part of the World Health Organization — agreed that there’s limited evidence that cellphone radiation is a cancer-causing agent (carcinogenic). As a result, the group classified radiofrequency electromagnetic fields as possibly carcinogenic to people.

The bottom line? For now, no one knows if cellphones are capable of causing cancer. Although long-term studies are ongoing, to date there’s no convincing evidence that cellphone use increases the risk of cancer. If you’re concerned about the possible link between cellphones and cancer, consider limiting your use of cellphones — or use a speaker or hands-free device that places the cellphone antenna, which is typically in the cellphone itself, away from your head. 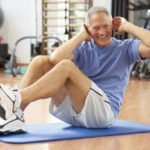