Parkinsonism is any condition that causes a combination of the movement abnormalities seen in Parkinson’s disease — such as tremor, slow movement, impaired speech or muscle stiffness — especially resulting from the loss of dopamine-containing nerve cells (neurons).

• Medications, such as those used to treat psychosis, major psychiatric disorders and nausea
• Repeated head trauma, such as injuries sustained in boxing
• Certain neurodegenerative disorders, such as multiple system atrophy, Lewy body dementia and progressive supranuclear palsy
• Exposure to toxins, such as carbon monoxide, cyanide and organic solvents
• Certain brain lesions, such as tumors, or fluid buildup
• Metabolic and other disorders, such as chronic liver failure or Wilson’s disease

• For drug-induced parkinsonism, discontinuing the medications that cause the condition may reverse it.
• For other forms of parkinsonism, taking Parkinson’s disease medications — typically a carbidopa-levodopa combination drug (Sinemet, Duopa, Stalevo) — can help.

However, these drugs aren’t likely to be as effective for some forms of parkinsonism as they are for Parkinson’s disease. Levodopa — which occurs naturally in the body and is always taken as a combination drug — replenishes brain dopamine, and brain dopamine loss is fundamental to Parkinson’s disease. However, in other parkinsonian disorders, additional brain pathways may be affected.

Other steps you can take

Certain lifestyle changes also may help you cope with parkinsonism:

• Create a safe environment. If gait and balance become impaired, consider modifying your environment. For example, install grab bars next to your toilet or in your shower; remove obstacles, such as throw rugs; and keep frequently used items within reach. 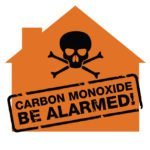 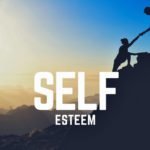 Harness the Power of your Thoughts to Beat Low Self-EsteemUncategorized